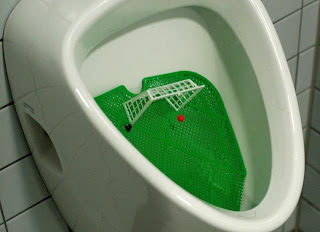 I've come a realization today and I'm not sure I like the results. See, I've been programming for a while. Ten years now. And I'm always awed by those people who can pick up a programming book and learn how to code. It really blows my mind. I can't. I'm one of those visual people I guess, where I need to see some examples in order to learn. And then I can extrapolate further. So it takes me a while to get up to speed. It's the reason I shied away from coding this website, initially. I just knew it would be a lengthy endeavor.

Fortunately for me, I have a trusted sidekick. Fajar, a co-worker from the Gap back in the days when I worked there. He's since moved home to Indonesia to be with his family, and to help start his own consulting company, after attending school and working here for a few years. He got fed up with the Gap like I did and decided it was time to move on.

He's been coding Ruby a lot longer than I have and can provide me with the support I need. Though having a 24hr turnaround is a bit of a nuisance sometimes. It also requires a healthy dose of IM'ing in the late hours of the night or early morning when we're both awake.

He's one of those low level coders. He loves to hack away on Unix. He lives and dies by the command line. I live and die with the GUI. In any event, he's great at the infrastructure. Setting up the servers, setting up the Rails environment. Coding our framework.

I am good at solving the the data manipulation problems - the mathematical stuff. The bigger picture stuff.

Yesterday I finished part of the scoring for our algorithm. So it was a big win for me. There's another component I'm hoping to finish in the next several days. And this is going to allow us to open up our alpha to a wider range of people.

Now - there's a caveat here. We call this algorithm the Quick and Dirty (Q&D) algorithm. Because our algorithm maestro is working away on the real algorithm, which uses far more computational know-how and power. While I'm good at the big picture, using spatial geometry and intricate statistical modeling methodology will be left up to Mark.
Posted by Lefty at 5:56 AM