AT&T Sucks! It's the Worst Service EVER! 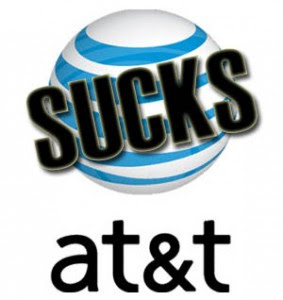 I can't understand how I can be charged as much as I'm charged for a service that is so underwhelming in every respect? I was a Verizon customer for years, but when the iPhone came out, I jumped ship. While I do like most aspects of the iPhone, the actual telephone itself is a piece of crap. I'd like to give AT&T an out in terms of blaming part of the service issues on the iPhone itself, but I just can't seem to find a big enough argument for that. AT&T was known to always have connection issues in the Bay Area. But this is getting absurd.

As is customary, I call AT&T about once a month after I've had it with their service. I drop an average of 2 to 3 calls PER DAY! It may not seem like much, but imagine conducting a business phone call and losing connectivity - often more than once per session. Or how about coming to rely on the internet or their maps only to find out you can't get 3G (or even EDGE) access?

So I was on the phone with AT&T yesterday, hoping that they'd add my comments to their never-ending list of complaints which would finally jolt them into action. They gave me the same story they always give. "We have updated carrier settings - this should clear up your issues". So I complained that this would do nothing, since it never does. Well, upon restarting my phone after applying the settings, the very first call I made dropped. I'm not even kidding. And then, while in San Francisco, my phone refused to pick up 3G or even EDGE for a full 15 minutes. Are they really going to tell me that San Francisco has parts, large parts (because I was driving), that don't have any internet coverage for their phones? Probably not - it's just that their towers or technology or something else, is an absolute joke.

I got a letter from AT&T last week that they had just added another tower near my home. A lot of good that did. My phone now drops even more calls at home - which I'm assuming is because my phone keeps switching between the towers near me (my bars change constantly while sitting in one location in my house), even though they claim the phone is supposed to "lock" onto a tower.

There are times I cannot even activate the cellular network.

So what do I want done about this? I want them to upgrade their damn network. This is San Francisco. Home of the iPhone. Home of technology. And they can't service the damn area. I would like AT&T to actually do two tangible things:

1) Take responsibility for their shitty service once and for all and admit to their problems. Well, I guess they have. AT&T Ceo admits their service sucks! (here)
2) Stop signing up iPhone/smartphone customers in problem areas until this issue can be resolved.

I seriously can't believe they continue to advertise when they can't service their existing clients. Stop spending those millions on advertising and build us some new towers or technology.

Screw you AT&T. I can't wait until the NexusOne or the iPhone get on Verizon. I'll happily switch back. Yes, Verizon has problems. Like their closed garden. But I've found out that the quality of the network is of utmost importance! 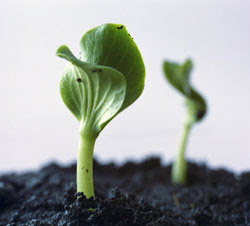 I've been reading quite a bit of John Mauldin recently. He's an interesting investment adviser and analyst and I think he's spot on with his comments. He's one of the few people I've read who isn't all that optimistic about markets and the economy and it's a breath of fresh air - because IT MAKES SENSE! You can subscribe to his newsletters for free here: John Mauldin - at the bottom of the page. It'd be good for you, I assure you. Open up that mind.
Posted by Lefty at 9:56 AM 3 comments: