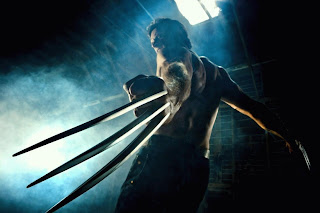 Not really. But it was big news this morning when it was publicized that X-Men Origins: Wolverine, the latest movie in the XMen franchise, showed up on the torrents, way ahead of its release date. The constant realist, something just didn't mesh with the story.

Apparently an "incomplete, and early version of X-Men Origins: Wolverine" appeared to have been stolen from the studio. Fox claims that this version is without the special effects, final musical scores, and editing that will really make the movie. Like I was going to see it in the theater anyway.

But the biggest piece of evidence that creates my skepticism is the fact that just next week, US Congressman Howard Berman, chairman of the House Foreign Affairs Committee, will be holding a final hearing on the implications of piracy on the movie industry... in nearby Van Nuys. The results will likely drive public sentiment and policy on video piracy. These guys are just like the MIAA... so it wouldn't surprise me if they pulled a stunt like this.

Read on Deadlinehollywooddaily.com (here])
Posted by Lefty at 3:39 PM