You Know You're a Dork When... 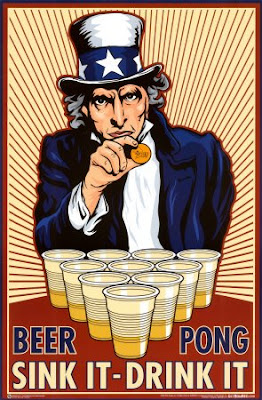 It's 1PM on a Saturday. It's beautiful out (at least the sun's out). Your friends are playing in a beer pong tourney. And you keep hoping they don't call so you can keep working at the corner coffee shop you're now sitting in.

There's a huge correlation between the ownership you have in what you're doing as it relates to the time you want to put into work. That's why stock options are such a great motivator. Everyone knows stock ain't worth a damn until a company makes it. But it gives someone a stake in what they'd doing. You get 3,000 shares in a company that's got 700M - and well, that's not much of an interest. Which was my signing bonus at Gap... Plus, you're just a cog in the wheel. You do your work or not...nothing changes. That's why so many people in big companies just punch their time cards. 9-5. Because there's nothing in it for them. A lot of people are happy to do that. But not a lot of entrepreneurs. It's not in their DNA.

Point is, I start feeling bad if I'm not doing anything work related...even if its a few hours some days. And even if I don't have much to do (as in, I'm waiting on some things to get finished).

My friend up in Vancouver emailed me last night that he was out at the bars last night. And he couldn't stop thinking about going home and coding. Yea, he's a dork too. Maybe more of one, because usually once I'm out, I'm alright. We started asking each other whether it's our age that's doing this to us or just our dorky nature? I'm thinking it's got a bit to do with both.

Man...not even done this post and I got a call that I'm missing the tourney.
Posted by Lefty at 1:13 PM

Had the same feeling today when visiting the parentals for Easter. I thought I could handle a 4 hour break, but I couldn't stop thinking about all the work I could have been doing.