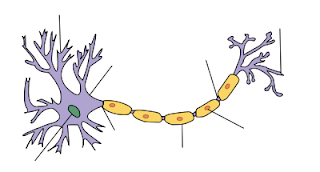 I've been a bit slack in writing postings. There's been a lot on my plate and not a lot I've been inspired to write about. But today, there are a few things that caught my attention and wanted to share.

I love reading the Economist. I feel like it makes you smarter just to have the magazine lying around. The January 31st issue had an article ("Can I server you now?") about stem cell research and how, after years of Bush prohibiting the collection of new embryonic stem cells, everything may soon change under Obama. America may be back on the road to compete in advanced stem cell research, with countries that have leaped ahead.

Geron, a local firm in Menlo Park, California, was recently granted permission by the FDA for a clinical trial for their new therapy. They skirted the ban because they're a privately funded company. Where it gets really cool though is what this new therapy is. Check it. Geron has figured out how to turn embryonic stem cells into other cells, called oligodendrocytes. These cells are the building blocks of the myelin sheath, which insulates your neurons, and protect the signals that are passed through your nervous system. Tests in rats have shown that the myelin sheath can be repaired and nerve cells can begin to communicate again - to help with such problems as spinal injuries.

The trial will begin testing in humans to see if the same results occur. The fact that we've reached a point where we can potentially reverse paralysis is really unbelievable.
Posted by Lefty at 3:49 PM