Support System for Entrepreneurs (or Me) 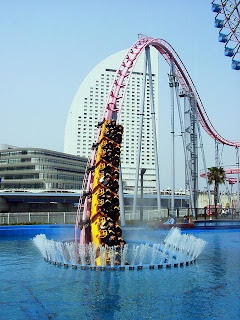 I vaguely remember talking about this before, but just felt the need to spend some more time on the subject. Having a network of support is critical if you're an entrepreneur. I mean, it's probably important as a human being in general, but in order to keep on working towards changing the world, you need people who believe in you. I said early on that this idea was one of the few ideas that I had some support around. Unlike my anti-wrinkle shirt box for business travelers (yea, that's my next infomercial). Not everyone supports it, but that doesn't matter. You can't please everyone anyway. And you need to develop some thick skin to deal with it. Which was tough for me.

It was two months ago when my drive and passion hit an all time low. Sure it's a given that the startup process is lonely and full of ups and downs, but I was below down. I was questioning whether I had enough will to keep going. I felt alone. There were plenty of people helping, but without paying these people, their commitment was/is fleeting. I stuck with it. Because I couldn't give up on something I truly believed in. That's when I jumped back into development - full time. I focused on building the product. Which is what this is all about anyway.

Yesterday I had a follow-up meeting with some people I met with when I first started this venture. And they were asking the same questions. And had the same critiques. The meeting was less than helpful. In fact, it just got me off course and make me think more about the state of the valley. They were saying, "Are people going to use this? Why would someone fill out a survey? I wouldn't do it". I'd like to ask those people if they thought people would leave their credit card numbers online back in '99. Or how about leaving your personal information all over the web? Even two years ago? Or how about accessing banking online? Or a million other things. People would call you crazy. Now they're leaving pictures of their drunken selves on Facebook. So, I'm asking for you to give me some information so I can make your life easier. So I can help you plan a trip, find a restaurant, find a healthcare provider, or find whatever you're looking for. And not just the same trip or the same restaurant that your friend Joe likes. Because you aren't Joe. I want to provide you with personal information filtering. Anyone else realize that the web is constantly growing and won't ever stop? And I've spent a bit more than $10,000 building this. How many other companies can say that?

Wow, I just flew right off topic. Anyway, yesterday the same group of people who critiqued me, also called me afterward to lend their support. They apologized about the meeting which they realized wasn't helpful. They're good friends... so it was important that they were supportive of me.

And my family called, and family can always cheer you up... as long as their supportive too, which isn't always the case. But it is now.

So thanks to both of you. Surround yourself with people who care and it will let you get to where you're going.
Posted by Lefty at 3:50 PM

Kudos to you for sticking with this. It takes a visionary to change the status quo - to dream of what could be different. And there are very few visionaries out there. All the skeptics will ask the usual MBA-style questions. MBAs with traditional "strategic thinking" are a dime a dozen. Be realistic, but recognize your power to change the world. Keep fighting. Being an entrepreneur is a lonely path, but when the world realizes years later that you were right, you feel so vindicated. Best of luck.

@Dan - Thanks for the comments! I completely agree with your points... especially about traditional MBA's. I can't wait for vindication! I've been realistic and every meeting I have with skeptics forces me to review my progress and outlook. Which is very useful in and of itself.

I can identify with what you wrote. Thats the unwritten story when it comes to Silicon Valley startups- the unpublished, unheralded situations where entrepreneurs constantly need to overcome letdowns, the sense of "oh shit i spent X months and where am i now", and a lot more most people never see. Best of luck with it; I've been following the co's progress with your emails, and blog. I'm personally excited to see the product when its ready.

@Bob - Thanks for the note. We're looking forward to kicking this out to the masses!

You are so awesome! I don't believe I've truly read through a
single thing like this before. So nice to discover
someone with a few original thoughts on this topic. Seriously..
many thanks for starting this up. This web site is
something that is required on the internet, someone with a little
originality!