I Hate To Say It. I Love Apple. I'm an Apple Fanboy! 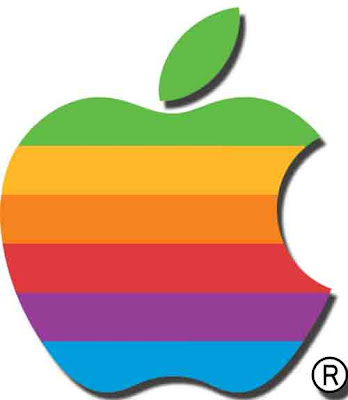 For my whole life, I've resisted. As a boy, I hated Apple. Their smug one button mouse. And their proprietary platform irked me. I felt it was to their detriment. The community couldn't become involved without the hands of Apple smothering them. But they retained an avid user base. And with the help of their arch nemesis Microsoft, they survived (here). Years later Apple learned a few lessons. They opened up their OS and opened up their iPhone to the masses, allowing users to create and share their own work.

But part of their core has remained the same. Their get what you pay for mentality. And pay you do. Apple products sell at a far greater premium than competing products. But like I said, you get what you pay for. Their commitment to their customers is exemplary. And it's this mantra that's made me a true fan along with the millions of others.

How I became hooked: I've been having difficulty with my iPhone for the past several months. Spotty reception and hanging software are but a few of the disruptions. I've spent a significant amount of time talking to both AT&T and Apple tech support. And Apple's tech support has so overshadowed AT&T's that it's not even a fair comparison. Apple's employees are so knowledgeable and understanding that I almost feel bad requesting their time with trivial matters. I feel compelled to thank them after every conversation. And if you know me. That's not the usual treatment that customer service reps get.

This past weekend surpassed even my greatest expectations. When I used the volume buttons on my iPhone, the volume graphic stayed on the phone, indefinitely. It would never shutoff. I decided to take my phone in to an Apple store. I made an appointment, because it was so damn easy to do online. I met with an Apple rep at their Genius bar, right on time, and he tried to fix the problem by blowing some air through the phone. When this didn't work, he didn't even have to think. I heard 5 words I never thought I'd hear without an argument and some kicking and screaming. "Let's just swap this out". What did you just say? Are you serious? You're giving me a new phone and you didn't exhaust every last alternative? You didn't make me reinstall the software, turn the phone on and off a hundred times, and throw it against the wall first? You didn't treat me like a 5 year old?

It took all of ten minutes. I have a new phone. Apple has another $69 from me because I extended my Apple Care. And they have a customer who's so happy that he's sharing his love with Apple to the world. Worth it? You bet. It'll probably cost them a few bucks to refurbish that phone. So, net, they're up about 60 bucks. And a whole lotta goodwill.
Posted by Lefty at 10:57 AM

Just ease up on the Wells bashing. It's not very becoming of you.

@Jon - Hmmm... I'm surprised you're still at Wells. I thought all my bashing would make you see the light. Tell them to take care of their customers will you?