The State of the Valley 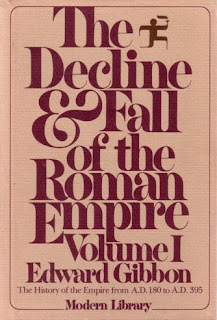 There are lots of stories detailing how Silicon Valley is dead. Dream on. What's dead is the risk that VC's used to take. Not the VC's themselves. They're around. And they'll remain here. So stop dreaming about the days when you won't be dealing with them.

People are still standing on their soap boxes, pronouncing how cheap it is to start a company. Well, just throw a Rails app together and voila. You have a company. Sure. If your company is a T-shirt company. Or if your app is like Twitter.

What about those other companies, that actually require a time investment in conducting research? That want to change the world? That want to change the way people do things? Let's look a little at Vyoo. We spent about 6-8 months conducting psychological research. Since I wasn't a psychologist, we had to engage those people. And they aren't free. Especially if you want psychologists who conduct rigorous research. Then how about developing and designing our algorithm, which, to be fair, I really didn't know where to start. Well, we had to engage a psychometrician. They aren't free either. Now the rest of the team is volunteer. But there are a few problems with that. The first is that hiring people who are friends or who believe in your idea is all well and good. But when they have other jobs or other things going on in their lives, it tends to take a back seat. This results in extended amounts of time to get work completed. What would shorten this? Money. But how can you get money when VC's want you to have a product already live with users?

Or how about a service that relies on building partnerships with other companies in order to develop content. That's something we're certainly going to have problems with. How do you prove to these companies that what your doing is really going to change their world? All while paying me (nothing), paying for our servers, and the others who we've contracted to help us. Sure, you can do it on the cheap. But it still costs money.

I'll tell you what. Screw people who say starting a company is cheap. I'm sick and tired of hearing that. Go try to start one yourself. And not a Facebook app.
Posted by Lefty at 11:09 AM

In the same vain as your comments Software by Rob just wrote about how all the expenses for a software based business add up fast.

Expenses You Don’t Think of When Starting a Business

I did. It is cheaper then ever.

But excuses are so much more fun!

@Josh - Are you going to share your company, or just say "I did" and leave it at that? That's more fun too.

Don't overlook the expenses of a T Shirt company. That was one of the most expensive startups I have ever done. It is amazing how the waste materials and rejected prints really add up.

Still, I think there are frontiers out there where most of the capital is mind and action.

I do think that you make some good points in your article. Some businesses just require more resources to live up to their promise.

@Darin - Hey, thanks for the comment. Mind and action are definitely a huge part of the equation. But, if you have 0 income, and few others helping, it's going to be a long and challenging road.

Actually, I'd love to talk to you about your T Shirt company. It's something a few of my friends are currently planning to do. Send me an email if you get a chance... marc.lefty - at gmail. Thanks.

Like Darin said, I think the biggest expense for a tech/internet startup is time- your capital is brainpower.

The cash you spend is merely a symptom of how much time you spend on things. Forcing yourself to stick to deadlines is a great way of saving money.

@Casey - I have to disagree with this. While you can certainly minimize costs by spending more efficient time on projects, there are a number of additional costs that most people seem to ignore. For example, how would spending more time allow me to minimize payments to psychologists and psychometricians? Or hosting services? Or the fact that I need to eat? Or legal help? Or the fact that I can't speed up time when I'm working with a distributed team? There are lots and lots of unassumed costs that begin to add up.

My company is Cubicle Ninjas. We offer creative services like web, print, logo, and ad design.

Didn't mean to come off snarky before. I feel now is the perfect time to take a chance on yourself. If you can make a business work today you'll be prepared for when the market recovers.

@Josh - I definitely agree that you need to take a chance on yourself. I'm all for doing that. The difference between web design and creating a softwajavascript:void(0)re product though is quite stark.

I gotta say, your designs are great! Would love to talk to you about your work at some point. Send me an email at marc (at) vyoo