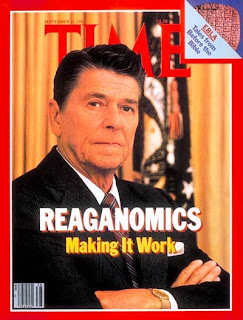 Ahhh, the life of an entrepreneur. Sitting on a beach in Mexico. Sure, I'm on my laptop, plugging away, but it sure beats sitting in an office. It's my mom's birthday, so the family has come to Cabo San Lucas. We're staying at a resort in San Jose del Cabo. It's beautiful, relaxing, and especially peaceful. How peaceful? The resort is at 15% occupancy. Generally, hotels like to hover around the 85% rate. And this is the high season. There are two other sets of people at the pool/beach right now. The restaurants are dead. Nightlife is non-existent. It's a ghost town. The only thing that doesn't seem to be affected is yearly migration of the whales. They've just settled in to town from their long migration - from Alaska. 1200 miles. There are more whales in town than people at this point.

I guess this is an affirmation of the reality of trickle down economics. It's one of the main pillars of "Reaganomics" as they like to call it. If people higher in the chain (wealthier) don't have money, they can't spend it. If they can't spend it, nobody gets it... all the way down the chain.

There are lots of arguments for the opposite, like trickle up economics. I don't think that works particularly well. If you think about it, you'd have to give poorer people a whole lot more money to get them to spend. And if you were giving them money just to spend, well, there wouldn't be any class mobility. They'd be supporting the rich, according to this theory, and they'd remain poor. Or if they saved more, well, they wouldn't be spending money, which means the economy would just sit still.
Posted by Lefty at 1:50 PM