What does the economy mean for us entrepreneurs? Part II, post Sequioa's Doomsday call 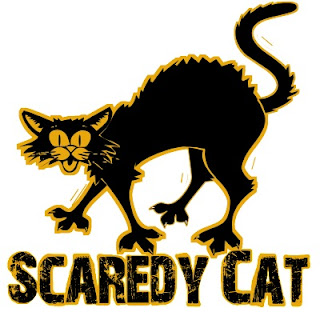 So last night was a pretty scary night out there in the Valley. A foreshadow of the impending Halloween season. GigaOm reported on a special meeting that Sequoia Capital called for it's portfolio companies (see here). If you're faint of heart, don't read it. It certainly was, like its title suggests, a Doomsday warning. The sky is falling, earth is crumbling and burning, Satan has appeared, and the apocalypse is upon us. No company is going to survive! No entrepreneur can possibly make it. This is ten times as bad as the initial dotcom bubble.

Relax. Unless you're burning through your cash like it's nobodies business. Or not making money because you have no business model. Or don't have users. Or have no strategy. Then you can worry a bit. But then again, you shouldn't have made it this far anyway. Consider yourself lucky that you got away with as much as you did. Close shop and save the little money you had. Especially because your friends and family are going to need it.

While the people who made the remarks at Sequioa's meeting are incredibly bright and undoubtedly the leading investors and even leading thought leaders for VC in the Valley - they're also alarmists. If you're scared off by this rhetoric - get out of building a business. You shouldn't be an entrepreneur anyway.

Sure we're in for rough times. Who doesn't know that? Are we in a recession? Yes. Are we in for a depression? Maybe. Didn't I say a few days ago that $700B won't do much to cure our problems? Yes. Didn't I say months ago that we're in a tech bubble (here)? Yes. So listen to me know when I tell you what I told you yesterday. If you're building a business that's creating real "tangible" value for your consumers. That has a business model. That isn't a one off improvement. You can be fine. Just don't be stupid. Don't have launch parties to launch a product destined for failure. Don't hire people you don't need. Spend that money building something cool (by cool here, I don't mean Twitter for business). How long until Yammer hits the dead pool on Tech Crunch? How long until Facebook has to lay people off? Ebay already has. Who didn't see that coming (here, here)?

I've spent about $20,000 in the past year on Vyoo. It's not a lot. Sure it's taken longer than I'd ever imagine. And far longer because I can't pay anyone. But hell - I'm doing it because I love what I'm doing. I'm passionate about my company. And I want to start a great business. What better time to do this now that all of the other scaredy cats are running away?
Posted by Lefty at 6:26 PM