Get It In Writing! A Handshake Isn't What It Used to Be 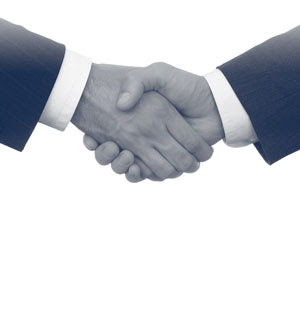 This post is more of a lead-in to a post about selfishness that I've been thinking about for a few weeks now. I've just had a hard time putting it into a post - because I have so many thoughts on the matter.

What prompts this post? Well, I've recently received an expensive lesson in time and energy. Why? Because I didn't have the details of the relationship worked out, in writing, in advance. I've always operated under the assumption that honesty begets honesty. A cyclical process. As I've moved forward with Vyoo, I was told many times to get everything in writing. But, naively, I operated under the guise of trusting other good intentioned people. Bad idea! Always get things in writing!

I've been helping a company with their sales here in the States. A company that I've developed a great relationship with over the past year. I like the founders. Great people. I've met with them quite a bit and discussed how they could operate here in the States. We had initially talked about putting me on retainer along with sales commissions for any work I sent their way in addition to meeting with potential clients. Yes, this detracted from my work at Vyoo - but something has to pay the bills. And bartending, GMAT tutoring, and selling cars (which has all but ended) just weren't cutting it.

Fast forward. I pushed a project through recently. And we hadn't discussed referral fees up to that point. Several weeks after the project started - I brought this up. My contact pushed this out because they were busy. Pushed it out for several months, which I thought was a bit strange to say the least. The project was recently finished and the customer intends to initiate another few projects. Still no deal on the fee structure.

We had a chat last week - and the details were finally sent to me in the last couple of days. They want to future date all fees. Future date? The project is done. There may not be any future projects? The economy is in tatters here.

It seemed strange. I'm in the process of a discussion about this so things may resolve themselves. But I'm not optimistic. At this point, it's really become more a matter of principal and not about the money. I have to say, I'm really surprised by their actions - or really, their inactions.

The real lesson - No matter how great people are, how trusting your relationship is with someone, or how you think people will act or respond. Think again. Everyone, in business, is in it for themselves.
Posted by Lefty at 11:32 AM