GM - You Gotta Be Kidding Me! Don't Drop the Saturn! 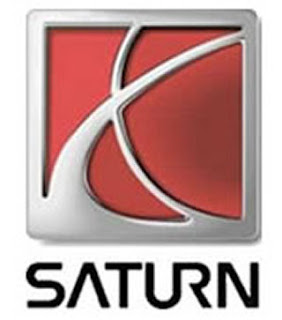 Please, please, please don't do what you said you'd do. Don't keep running your company like you have been. It won't work. I promise.

Thank you,
A Frustrated US Consumer

It appears that GM is talking about cutting Saturn out of its plans. Yup, shutting down the one bright spot in their company. That's like cutting off your arm to save your finger. Except, you won't be saving your finger, because, well, it's still attached to your arm.

What does GM have with Saturn? It has a very loyal and passionate following (there are tons of Saturn enthusiast forums across the web). It has style... yes, cool cars. It has the potential of a money making product.

What doesn't it have? Profits. But that's not entirely Saturn's fault. They don't have a very large advertising budget and therefore people don't know a whole lot about what's out there. You've probably seen their recent car commercials, so maybe that's changing. And maybe they need to make some of their Saturn's in the US. Their Astra became uncompetitive here because of the dollar (it's made in Belgium). Since we're the largest auto market in the world, I find that surprising. And, they've sort of lost their way. They started making the 8 passenger Outlook SUV when their core market wasn't shopping for those. Saturn was started with the intention of keeping the product line low and delivering cost efficient, fuel efficient vehicles. An 8 passenger SUV doesn't fit the mold.

There's a lot that Saturn would need to do to succeed, but I have to say, I haven't even seen a cool car, like the Sky, come from a US automaker in quite a while. And if you think the PT Cruiser is cool, you're not welcome here anymore. While I admit that the Ford GT is sweet, any car that's $150K can be made cool, even by Ford.
Posted by Lefty at 9:52 AM