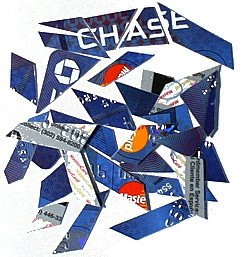 Twice in the last two weeks I've received notices from my credit card companies. They're hiking my rates even though I have stellar credit. I do have a balance, thanks to this startup, but that would make me think that they're making money off me anyway - so why do they need more? I can opt out, in the fine print, but then they cancel my account. What kind of opt-out clause is that? And what the hell can I do about it?

Apparently it's not uncommon these days, especially from Citibank, one of my credit card provider's. But that doesn't mean it's fair or justifiable. I think it's an abomination in this current economic climate for large financial institutions to prey on people in debt. It's disgusting. This all goes back to my common belief that people need to start taking responsibility for their own actions. If Citi or Chase (the other provider who just notified me) has mismanaged their money, well, that's their damn fault. To pass the buck along to the consumers who can't afford it is the easy option - but one that may not work.

There has been quite a stir in the blogosphere as of late which will hopefully get the stalled bills in the Senate that deal with this issue, kick-started (from CNN).

Check your mail. It probably happened to you.

This reminds me of another disgusting practice. Charging $3 to use another bank's ATM machine. What the hell is that? You can use one of those janky ATM machines in a bar for less money. Screw the customer...seems to be the montage of some select financial institutions.
Posted by Lefty at 7:05 AM

I know exactly how you feel. Citi just rate jacked my cards. Never late, never over the limit, less than 50% charged on my cards. I’m furious. Worse yet, I called to “opt out” and it still doesn’t appear correct online and they won’t send me anything in writing. Predatory lending of the worst kind. I’m paying of my cards now and will never do business with this company again.

@Baltimoron - First of all, love the name. Second, I'm not sure any of the credit card companies have their customer interests in mind. Although more and more I've heard that Capital One is a great credit provider. I don't know though, so do your research. Chase has been awful for me!