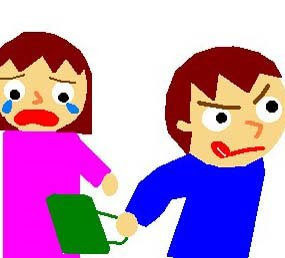 I want to start with the caveat that I got the content from this post from not one, but two sources (and yes, I will source them). I first read it over on Tech Crunch. But he was writing about an article over on Paul Graham's blog, entitled "Why There Aren't More Googles?". It's an awesome read especially for those companies that aren't getting anywhere with funding.

"The reason there aren't more Googles is not that investors encourage innovative startups to sell out, but that they won't even fund them. I've learned a lot about VCs during the 3 years we've been doing Y Combinator, because we often have to work quite closely with them. The most surprising thing I've learned is how conservative they are. VC firms present an image of boldly encouraging innovation. Only a handful actually do, and even they are more conservative in reality than you'd guess from reading their sites."

But my favorite line of the whole article is here:

"Whoever the next Google is, they're probably being told right now by VCs to come back when they have more "traction."

Now I'm not saying we're anything close to the next Google, but what I am saying is that I've become increasingly more surprised, as we talk to more people, that you need to have an incredible amount of traction to get even speak to VC's, let alone actually close a deal. Our idea requires an investment - and if we can't afford it, we'll eventually have to shut down operations. It's unfortunate, because I imagine there are a great deal of very bright people out there trying to solve some really unique problems who aren't able to. We hear time and time again, "I don't think people will use your service?". Why don't you think that Mr. VC? Because there isn't a service out there to measure us against? Because people will be opposed to having a more efficient and richer internet experience? Because we're making your life easier and you just couldn't have that? I've got an idea for you - have the balls to take a risk, that's we all of us entrepreneur's are doing.
Posted by Lefty at 5:18 PM