You've Gotta Know When To Fold 'Em - When to Shutter Things, Like the War in Afghanistan 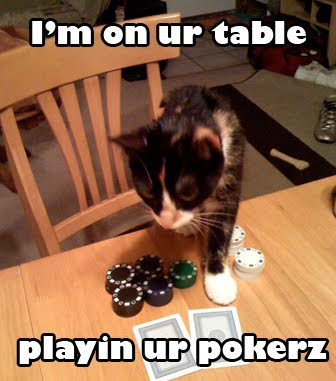 I write blog postings that often seemingly have nothing to do with starting or running a company. But in reality, they all have lessons that can be applied to whatever it is you're doing.

There was more news today that made me think about approaches we take to doing business outside the United States. The title of this wonderful piece of news, "Karzai says his office gets cash from Iran, US" (here). It tells the story of Karzai accepting wads of cash from Iran. He's the president of Afghanistan. And he's been supported by the United States in the effort to cleanse his country of the Taliban. He was basically put in place by the United States. And we've been spending billions to keep his country safe. But he feels no allegiance to the US. And conversely, he's happy taking money from a country known for destabilizing the region. Let's be clear - what he's doing isn't illegal. Not in the least. But it speaks volumes about our successes, or lack thereof in Afghanistan.

The first thought is that we don't know what the hell we're doing there. We're obviously not even doing enough to win over those we've put in power. We seemingly have zero strategy. Or at least no ongoing or apparent strategy. I think we once had a "surge". But that was an obvious short term strategy that hasn't done much to improve the situation for the long term. As with Iraq - we have no idea what the hell we're doing over there. Which gets to my second point.

That point is that we really should know when to hold 'em and know when to fold 'em. When I was at year 2 in my startup - I began to realize the inevitable. Without cash flow and with mounting debt, I had to be pragmatic. I had two options. Double down on the company and spend all of my resources towards a goal. Or shudder it. Doubling down wasn't much of an option since I was flat broke - 25k in the whole with mounting business school debt. So I did the smart thing and hung it up.

I'm advocating that stance for Afghanistan. Not because I'm opposed to the war. In fact, I felt we should have booted the Taliban when we did. But it's become clear that we have very little upside in continuing. We've lost the leadership which is integral in winning the hearts and minds of the people. We also aren't redoubling our efforts. We seem to be enjoying the status quo and chugging along, wasting resources and life. That's not the right approach for achieving our goals.
Posted by Lefty at 9:02 PM