What a Great Story - "Telkom ADSL speed beaten by pigeon" 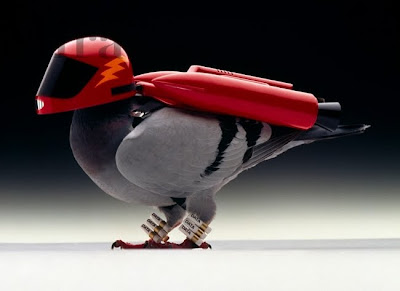 I had to share this. Here's an example of a company that is probably resting on its laurels. From Business Day (here):


"Homing pigeon Winston has made history by beating a Telkom ADSL line in delivering 4GB of data from Howick to Hillcrest, outside Durban in far less time than it takes to download the data using the state-run Telkom’s data network.

It took Winston 2 hours 6 minutes and 57 seconds, whereas the ADSL download was still under 5 % downloaded by the time the bird landed.

Winston took off from Howick after 10:00 this morning and travelled 80 kilometers, or 70 as the bird flies, to ensure the data arrived at it’s destination quickly.

While the ADSL line was actually given a head start of almost half an hour, Winston still beat the service by 95%.

There has been no comment by Telkom."
Posted by Lefty at 2:42 PM