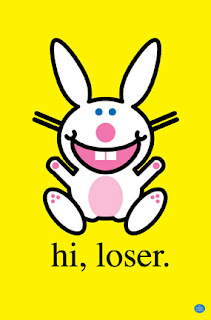 Well, we found out Wednesday night that we didn't make it to the final round of the business plan competition. I was actually quite surprised and a bit bummed out. But you move on and you realize that not everyone is going to be behind your idea and certainly not every investor. After we got the news, I went up to one of our judges to get some feedback, so we could see what needed to be worked on. He said he didn't have any additional feedback other than what he gave during our presentation. I didn't recall any feedback other than him saying that we're tackling a difficult problem. Well, last time I checked, solving difficult problems was a good thing. I guess it involves more risk from their perspective, so from a funding standpoint, I can understand, but for feedback for me, it was useless.

To give you an idea of how this round worked, all of the semifinal teams were grouped into similar categories. Each group of 4 to 5 companies pitched to a panel of 3 VC's for 15 minutes. There was then a 10 minute Q&A session. We were crammed into a tiny room which was sort of uncomfortable, but you gotta deal with what you get. Apparently some of the rooms were so hot, people were coming out sweating through their shirts. Not the way to impress people.

What Went Wrong (from our perspective)?
1) We didn't have a product yet. Thus, we have no customers or no idea who will use our service. Big risk. Now that's not the end all, but with a risky product it's more important than with others.

2) One of our judges had tried to solve the same problem we are trying to solve - albeit from a different angle. You never want to rely on someone who's been burned in the same market/with the same product as you. They'll be reluctant to give you the benefit of the doubt and wonder why you're idea is going to succeed when theirs didn't.

3) We had our series A funding request in our presentation even though we're not raising financing until we have a product. We had just assumed we should keep it in their since it's a b plan competition and they wanted to know what type of money we'll be looking for. They thought it was way too high for the stage we're in - though we did get to explain the fact that we weren't raising money yet. Now I realize we shouldn't have even had it in there. That's a lesson for all of you - if you're not raising money, don't have it in your plan. And don't ask for it. Sometimes it's good to pitch to people, get your idea out there, and then not ask for money. My friends at TubeMogul did just that. Now on the other hand, I have heard that it makes sense to take more money than you ask for if you can get it - it gives you more time between raising rounds. My opinion is that you shouldn't take money if you don't need it - unless it doesn't change your valuation and ownership structure.
Posted by Lefty at 7:13 PM