Every Cloud Has A Silver Lining 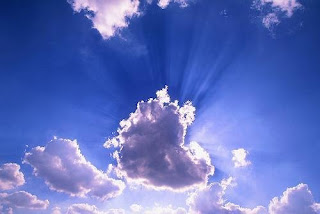 Wow. Sorry for the hiatus. A lot has been going on and I was also a bit lazy on the blog front. My apologies. Things will get going again. So, as I last left off, we were facing a few more contract disputes. This got us to really ensure that we got our contracts signed up front - or at least pushed for those already on board to get them signed. With that said and done, we couldn't come to terms with a figure we thought was going to be an important component in the project. In fact, it was a bit shocking and incredibly disappointing. It left us with the feeling that we were going to have to start from scratch in terms of hiring someone to fill his shoes. After a few days of thought, I decided to approach a good friend of mine, who is also an expert in the field. I hadn't approached him before because his expertise wasn't entirely the same. But he is incredibly bright and I figured that he could certainly lend his expertise. He agreed to help.

Two weeks after he signed on, the project feels like it has been reborn. He's done a great job of getting things going and helping to develop our first survey. This survey is designed to begin collecting data to help us with the evolution of our idea.

So why does every cloud have a silver lining? When the previous expert was working on this project, he was doing so in a very controlling manner. He rarely gave us updates and didn't include us in any discussions in terms of product development. He knew what I wanted, but I felt like he was operating in a vacuum and doing things his way. Attempts on my part to improve the transparency were met with contempt - and I walked on eggshells because I felt that having someone with his name and his credentials would be ever so important. Especially when we raised money. I've changed my mind. The team has been so much more engaging since he left and the project feels like what I had intended it to be. You live and learn along the way - and this was another lesson. Hiring the best and brightest or most well known has obvious upsides, but bringing in a team member that isn't playing with the team is a recipe for disaster. Fortunately for us, this story had a bright, silver lining.
Posted by Lefty at 1:09 PM