United Airlines - Flying the Friendly Skies? I think not. 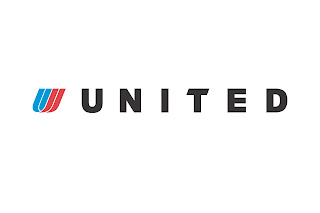 I've promised to write about my take on different companies once in a while. Today, I felt the need to talk about United Airlines. These won't all be critical assessments, but today's is. I've been an avid American Airlines and United Airlines customer for the past 10 years. They were the two airlines that flew direct from SFO to Boston (home), which was the primary reason. I was happy though with their service. I then got their credit cards. A United and an American card. It was great, I'd rack up miles, either flying or buying. I was always content. And I was loyal. Until three things happened.

The first was flying Japan Airlines (JAL). I would never look at flying the same way again. I was overwhelmed, to say the least, at how incredible the service was. Their flight attendants were so incredibly friendly, they almost killed me with kindness. As I slept, I awoke to find me covered with a blanket and a note on the seat in front of me that said to call them over when I was ready for my meal. A flight attendant also sat down next to me, for more than an hour, and gave me tips and advice for places to go and things to do in Tokyo. Along with maps drawn out on napkins. Who does that? I've since flown JAL numerous times and have been delighted every time. I'd also like to point out that I've had this same level of service on many other airlines: Thai Airways, Emirates, Cathay Pacific, Druk Air, Bangkok, ANA, Swiss Air, and Singapore Airlines. Get out and travel - it opens your eyes up - to a lot more than different airlines.

The second reason. Customer service. I've had a few disagreements with United over the years and I was recently stung at how little they cared about their customer. I was literally yelled at, at the counter. It was a problem they had made, and though I was visibly upset, I became more upset at how they treated me - and at the additional several hundred dollars in charges that occurred on the flight. I followed up with United and told them about the problem I had. What did they do? They offered a $75 voucher on United Airlines. Some people may think it's a nice gesture, but here's what a $75 voucher costs United. $0. Here's what their mistake had cost me: $275.00. Here's what I would gain from a $100 voucher - more headaches since it's pretty much limited to full fare flights - so it probably wouldn't save me anything. Here's what United gains: whatever the flight costs above $100.

The third reason. I was at the airport last weekend. I was seeing a friend off on her flight. The line at the ticket counter (NOT security), stretched outside of the maze, down the corridor, and around the corner. I had never seen a line so long - but for the past few trips with United, the lines have been extraordinarily long. After business school - I learned that operational planning can prevent problems like this. Or at least help. Their solution? People would wait in line for hours. When they got near the front, a person would call their flight, and move them to a different line to expedite them because their flights were leaving. If I did this again, I'd just come to the airport late and wait for them to call the people on my flight, then I'd check in. Anyway, my friend got through security and wasn't given a seat. Her flight had been oversold. They then moved her to another gate. They finally got her on. She sat on the plane for 3 hours. This sort of service was typical with United (here). How come companies can't take responsibility? Apologize and fix the problem. End of story. Instead, they're blaming it on the weather - when it appears there are other problems.

Anyway, after my problems with United last year - I canceled my United credit card and stopped flying United, unless it was absolutely necessary. My friend just emailed me and told me she's never flying United again. I've heard that story again and again. Reminds me of my Dell story. Customers. Treat them well and they'll treat you well.

I just did a search for "United Airlines sucks" on Google - there are some pretty funny stories. Read up.
Posted by Lefty at 10:26 AM